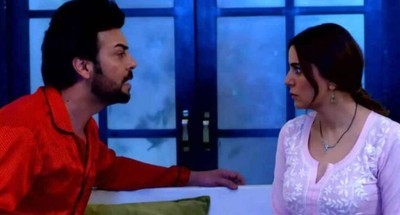 Sanjay Gagnani who plays the role of Prithvi in the show is the main villain of the show Kundali Bhagya.

Sanjay aka Prithvi was shocked on the shoot when he got slapped by Preeta for real.

Though it was an accidental slap and not an intentional one.

During the shot, Prithvi provokes Preeta so much that she slaps him and during the shoot, Shraddha Arya accidentally slapped Sanjay for real.

Shraddha soon called for a cut and apologise and asked Sanjay if he was hurt.

Recalling the incident, Sanjay says: "Accidents like these keep happening on sets. When this happened, Shraddha was very apologetic. She is so sweet that she stopped the shoot, but I told her that was not needed and we could have continued. We all are such professionals that we get carried away in scenes at times, but I guess, it is memories like these that we will carry for life."