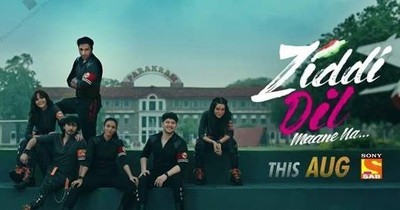 The story revolves around a group of characters, a young team of trained and civilian volunteers; who find love and explore budding romance in their lives while trying to fulfill their own aspirations.

Figuring a way to fit in and survive at the camp.

With Shaalen Malhotra as Special Agent Karan Shergill will be seen as a hardcore patriot who is strict about discipline and believes there is no room for sympathy for others in his heart.

Yeh Rishtey Hai Pyaar Ke actress Kaveri Priyam is seen as Dr Monami who is here to bring about a change in perspective towards caring for others and is also here to write her own story.

Kunal Karan Singh will be seen essaying the role of Sid Ganju aka academy ka nawab who is a rich, spoilt, and careless person when it comes to fulfilling his duty.

Special Agent Sanjana, played by Diljot Chhabra is a rough and tough personality with a heart full of Zidd.

Another couple to watch out for is Nurse Koel and Faizi played by Simple Kaul and Aditya Deshmukh, while she’s an independent, level-headed woman with no time for love and he’s a habitual flirt but runs away from commitment.

The show is all set to begin in August and is likely to replace popular show Tera Yaar Hoon Main.