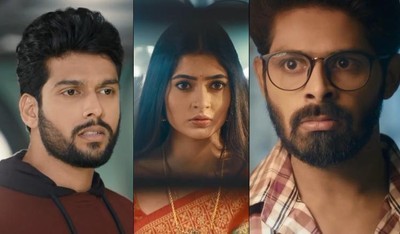 It was earlier seen that Mandar has lost his memory but he remembers only one name that is Pallavi.

To his shock he learns that Pallavi is already married to Raghav Rao who is his enemy.

Mandar wants Pallavi back in his life and hence he performs the DNA test which comes out fruitful to him.

Raja is Proved to be the real Mandar and reaches Rao Mansion to take back his Pallavi being his first wife.

Raghav Pallavi waits for some miracle

This calls for Raghav and Pallavi's separation time.

Will some miracle take place to stop this eternal lover's separation?