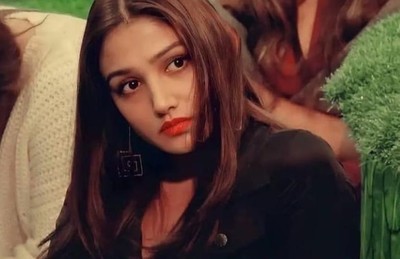 Bigg Boss 15 fans were upset with the unfair elimination in the show.

Donal Bisht and Vidhi Pandya were eliminated by the makers and they were told to take exits from the show.

The contestants were never asked to leave by aapsi sehmati.

On the other side, Donal Bisht was doing really well in the show and was slowly coming into her own on the show.

Donal shared that she was unhappy with the eviction and she feels it was unfair.

The audience also felt it was not right as voting should be done by the public and also Donal Bisht has some of the highest votes that week.

Now, in an interview with VJ Andy Donal Bisht has said that Karan Kundrra, Tejasswi Prakash, Jay Bhanushali, Simba Nagpal, and Akasa Singh would be called often in the confession room.

Now, some fans feel that this new Teja and Karan twist has come up and wonder if it is manufactured by the show makers.

While Donal did not call their bond fake.

Bigg Boss 15: Raqesh Bapat to the enter house as a WILD card

Bigg Boss 15: Raqesh Bapat to enter the house as a WILD card...