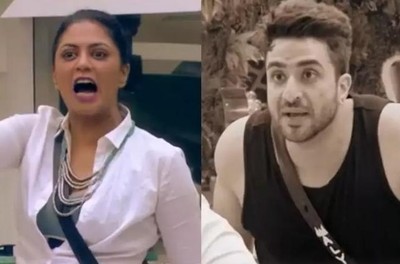 It seems Kavita Kaushik and Jasmin Bhasin was cooking in the kitchen.

The duo gets into argument over silly thing.

While this argument does not stop and gets carried away leading to a huge fight.

The fight gets ugly where Aly Goni tags Kavita as cheap and filty woman.

Kavita Kaushik tags Jasmin Bhasin as vamp in the house

Earlier Aly Goni used to respect senior contestant Kavita Kaushik now he feels he has never met such a cheap and dirty woman in his life till now.

Jasmin supports Aly where Kavita highlights that post ALy's entry in house Jasmin is become the new vamp in the house.

Keep tuned to serialgossip.com for more updates on BB14.