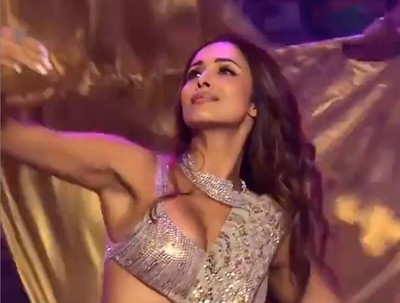 The most popular reality show on Indian Television is set to return with a new bang and twists.

As we know, Bigg Boss will exclusively launch air on the OTT platform for six consecutive weeks.

Before the premiere of Bigg Boss OTT, the official Instagram page of Colors and the Voot app shared a new video featuring Malaika Arora.

Malaika will be seen performing on several hit songs like 'Param Sundari' from Kriti Sanon starter Mimi on the set of Bigg Boss OTT.

On the other hand, Karan who is hosting the show gives a glimpse of the new house.

Fans to decide the punishment for the contestants in the house

Bigg Boss OTT will premiere on Voot on August 8 at 8 pm.

After the completion of the digital show of six weeks, the show will move to Colors with the launch of Season 15, hosted by actor Salman Khan.

The show is said to be more entertaining and crazier than the previous seasons so far.

On the other hand, fans will also have some uncommon powers and will decide the punishments for the Bigg Boss OTT contestants.

Are you excited to watch Bigg Boss OTT?