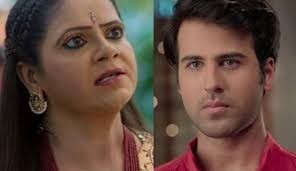 Kunal is shocked at Abeer and Mishti's such separation and here he can see how Abeer is suffering.

Kunal tries to talk to Abeer over it but he doesn't respond anything, Kunal can see how Abeer is in pain.

Kunal tries to confront his mother Meenakshi to know the fact but she doesn't unveil anything.

Kunal is shocked but now he will dig to the depth to find shocking reality that Abeer had made this sacrifice for him.

Kunal will now take oath to reunite Abeer and Mishti who are separated because of him.