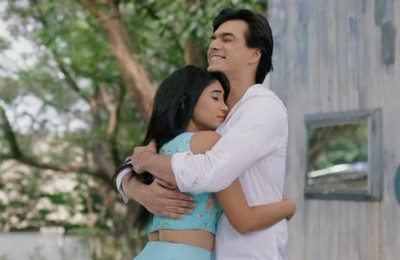 It was earlier seen that Akshat kidnaps Kairav to exact ransom from Kartik and Naira.

Akshat leaves Goenka Mansion on Vedika’s saying only to get a big lottery.

Now post kidnapping Akshat, he decides to get Kairav killed as Goenka’s refuse to pay him a penny.

Akshat thus ties Kairav and takes him on top of the cliff.

Vedika and Naira witness this shocking moment and feel shattered.

Will Kartik Naira Vedika be able to save Kairav’s life?

Wait and watch to know what happens in the upcoming episode.

YRKKH: Naira gets shot by Akshat to save Vedika and Kairav’s life