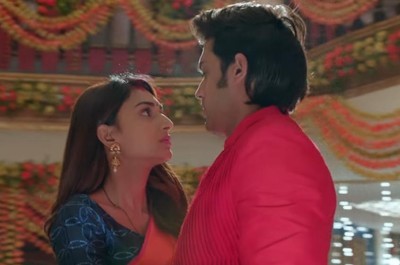 It was earlier seen that Komolika gets mad to get love Anurag by hook or by crook.

While Prerna reveals that Anurag belongs only to her and she is carrying his child too.

Komolika fumes and wants to get married to Anurag publicly.

However Prerna uses her master trick when Anurag gets ready to fill Komolika’s hairline.

Prerna puts the fan on where it gets very breezy and smokey.