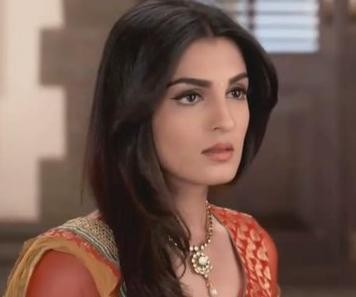 The current track of Sarojini shows that Rishabh’s hired man Anwar confesses to killing Somendra by accident and he gets punished by the family.

Sarojini thrashes Anwar for killing Somendra and also gets him arrested.

The family feels happy and contended thinking that Somendra’s killer has been caught.

However, Rishabh is in a dilemma as he knows that his aunt has paid money to Anwar for taking the blame on himself.

Rishabh knows that he is the actual culprit but has managed to escape getting caught.

Looking at the family rejoicing, Rishabh feels even for guilty for hiding a big truth from them.

On the other hand, Rishabh also starts to feel attraction towards Sarojini.

Rishabh will apologies in front of Somendra’s picture for his crime and Sarojini will be shocked hearing his confession.