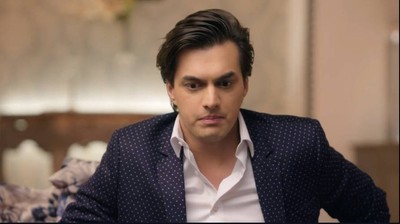 YRKKH Mein is Indian tv drama which telecasted on Star Plus, where its upcoming track of the show will bring much drama and suspense in the show.

Sirat and Kartik engagement is there where shocking twist is there cooking major dilemma in Kartik mind.

Where amid all this, Kartik sees Naira glimpse and gets shocked that Naira is back and wanted him to step back from engagement as he is doing betrayal.

Later Kartik refused to marry Sirat that he cant do betrayal with Naira and this gives shock to Gayu and Kriti.

Kartik’s memories with Naira and her glimpse is making him to step back from this engagement.

What will be Kartik further decision?

YRKKH: Manish bow down before Kartik to accept Sirat