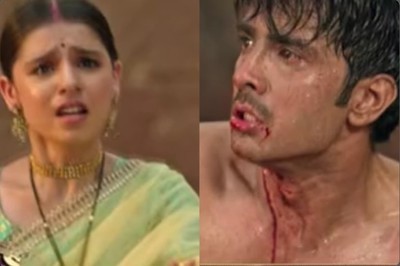 Ongoing track is showing how Veer is over the moon that he got Amrit is in his unaware of the tsunami that Randhir is going to bring.

Where further amid Veer and Amrit are in room where Randhir entered there and started showering flower over Amrit making Veer furious.

Randhir and Veer ugly fight ahead for Amrit

After this drama, Veer gets hell furious and started fight with Randhir where duo deadly fight turned so ugly that Randir again faced Amrit hate.

Amrit gets shocked that how Randhir can attack deadly to Veer and this makes her irked.

It would be interesting to see what will be Amrit next reaction owing to Randhir fight with Veer.