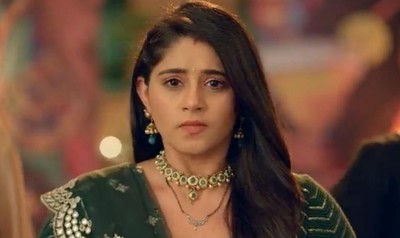 The upcoming episode of Star Plus popular show Imlie is going to witness interesting twist and turn.

Imlie has been seen participating in the best bahu competition where she has to prove her worth with different tasks.

In the coming episode, Anu will be seen creating politics among the judges to let Imile fail from the competition.

Anu asks the judges to disqualify Imlie as she has just prepared a normal dish.

On the other hand, Anu decides to declare Prachi as the winner of round one.

Pallavi comes to the rescue of Imlie and she tells everyone that she is a professional cook and Imlie has prepared the dish just like Prachi.

The judges in the panel agree to what she said and they consider Imlie’s dish as the best one.

Imlie is declared as the winner of round one. It will be interesting to see what next task will Imlie have to go through.

Imlie: Anu expels Imlie out of the cooking competition Star...

Imlie: Major Twist! Aditya gets Tripathis off their high horse

Imlie: Major Twist! Aditya gets Tripathis off their high hor...