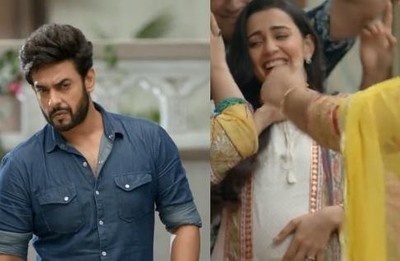 The upcoming episode of Star Plus popular serial Zindagi Mere Ghar Aana will showcase an interesting twists and turn.

It was earlier seen that Amrita believes that Pritam is some gangster fraud or some don.

Hence Amrita was against Pritam coming to live in their house.

Amrita agrees to family only when Pritam solves their financial crisis.

As soon as Pritam marks the entry in the Shakuja family one by one problem starts getting solved.

Angad's life is saved, the financial crisis gets sorted ahead Kabir also gets a new job.

While soon Amrita comes to know about Pritam's real profession that he is some undercover cop or working for Narcotics Control Bureau Officer.

Amrita feels much guilty for seeing Pritam in the wrong way.