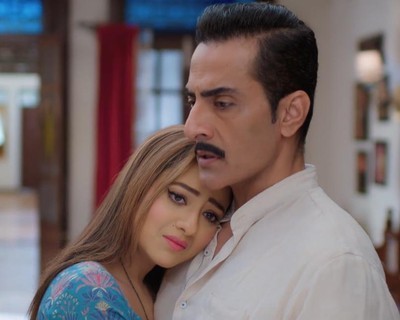 It was earlier seen that Kavya learns about Vanraj's insecurity.

In the upcoming episode, Kavya confronts Vanraj and tells him that she knows why he is restless.

Kavya tells Vanraj that he thinks that the history will repeat with Anuj and Anupama.

Kavya questions Vanraj about his insecurity when Anupama is not his wife anymore.

Vanraj says that he is clueless and he does not want to get jealous with Anuj.

Kavya gets puzzled about Vanraj's feelings

Kavya asks Vanraj to stop bothering so much while Vanraj says that he wants to calm down but he can't help it.

Besides, Vanraj apologizes to Kavya.

Later, Kavya thinks that she can bear the attaction but she will not bear anything more than that.