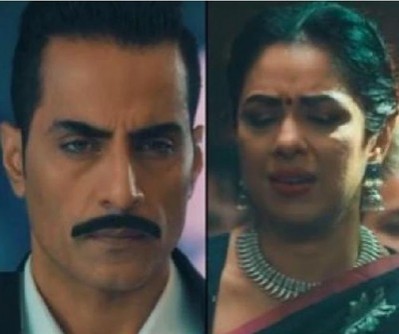 It was earlier seen that Vanraj and Kavya also reach Mumbai while Vanraj learns about Anupama being at the beach with Anuj.

Vanraj taunts Anuj and Anupama about their business trip.

Anupama gets irked seeing Vanraj there and she questions about their arrival.

Kavya tells that her ex-boss was leaving the country and they are here to see him for the last time.

Anupama loses her cool at Vanraj

In the upcoming episode, Anupama, Anuj, Vanraj, and Kavya go to a club where Anuj and Vanraj will get into a fight over Anupama.

Later, Anuj and Vanraj will create drunk drama at the club, and Anupama and Kavya will not be able to control them.

The next day Kavya will inform Anuj and Vanraj about their behavior.

Anupama will lose her cool at Vanraj and will be frustrated as he will spoil her day.

What will Anupama do now?

Anupama: Anuj and Vanraj's drunk moments will make you laugh