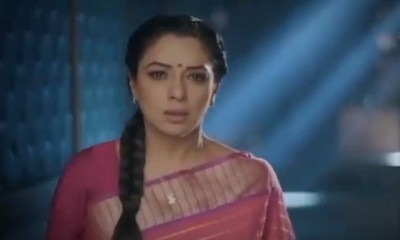 In the latest story of Anupama TV serial, things are going to get complex after Anuj and Vanraj’s big fight.

As per the storyline, Kavya and Vanraj join Anuj and Anupama for the pub party.

The party and celebration is especially for Anupama’s first success but Vanraj ruins everything.

And this is what triggers Anupama to the core and she goes frustrated and disappointed like never before.

The new promo is out and here Anupama is taking an oath which she should have taken a lot earlier.

Vanraj doubted Anupama’s character and badmouthed her relationship with Anuj.

Where Anupama is not ready to bear Vanraj’s control and domination for even a second, she finally determines to now lead her life on her own rules.

While Anupama is ready to give a tough fight to Vanraj, how will bravely she will live her life on her terms is super exciting to watch next in the show.