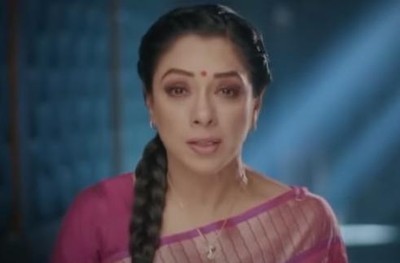 As per the latest promo of Star Plus popular serial Anupama viewers will get to witness Anupama in a fierce avatar.

Anupama talks about her special day which got ruined by Mr Vanraj Shah.

Anupama was pointing towards how Vanraj tracked Anupama and reached Mumbai only to ruin the special day of her life where all her dreams got fulfilled.

Fierce Anupama says that Vanraj has no right to decide for her and compel anything on her where only she has the right to decide what she wants for herself and best for her life.

Cheap Vanraj calls Anuj and Anupama secretly dating and hence he offered the job for her.

Anupama is not going to spare Vanraj this time

Vanraj stoops much low in the pub which makes Anuj and Anupama much angry.

Finally it's time for Anupama to bring resolution with a major change in self and not Vanraj.

It would be worth watching to see what Anupama is going to do this time as she is not going to spare Vanraj.

Keep reading serialgossip.com for more updates on Star Plus Anupama.