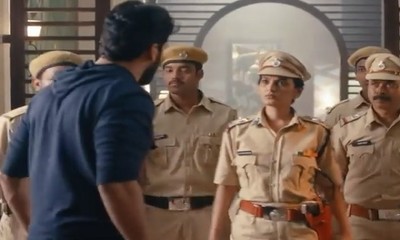 Star Plus prime-time TV serial Mehndi Hai Rachne Wali is going to see testing time for both Raghav and Pallavi.

As per the ongoing storyline, Laxmi shoots the gun at Raghav but Pallavi takes it on her.

Raghav quickly rushes Pallavi to the Rao mansion wherein he started her treatment.

Heartbroken Raghav has finally taken the decision to stop his illegal business and start a new life with Pallavi just like what she wanted.

However, Laxmi is not ready to leave them alone and this is why suddenly appears in Rao's mansion.

Raghav is hiding Pallavi because he doesn’t want Laxmi and the police to reach her.

However, the secret room in which he hid her gets exposed to Laxmi.

Raghav gets hell shocked when Laxmi gets the door of the secret room opened.

Will Raghav stop Laxmi or things will drastically fall?