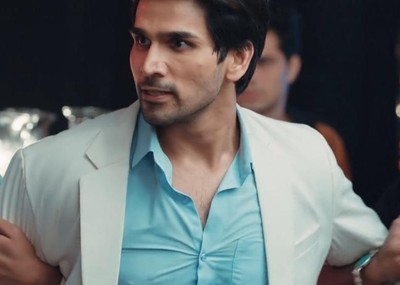 It was earlier seen that Sania and Armaan trap Rudraksh and plan a fake murder.

Preesha enters the room and she finds Rudraksh on the bed.

Preesha gets shocked to see Sania's dead body and she assumes that Rudraksh killed her.

The waiter enters and gets shocked and he informs his manager about the dead body.

Preesha decides to take the blame on herself to save Rudraksh and picks the knife from the floor and applies blood on her dress.

Meanwhile, Armaan tries to defend Preesha and puts the blame on Rudraksh.

Preesha slaps him and warns him to not utter a word against Rudraksh.

In the upcoming episode, Mr. Ahuja questions Armaan for being worried about Rudraksh's wife when he should be sad about Sania's death.

Mr. Ahuja asks if he murdered Sania which irks Armaan.

Will Preesha and Rudraksh learn the truth?