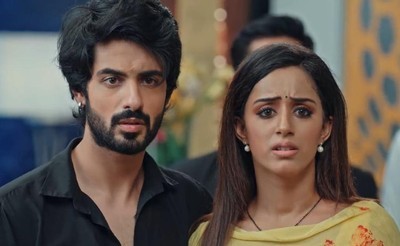 Yeh Hai Chahatein: Preesha-Rudraskh get on mission to expose Armaan

It was earlier seen that Armaan tries to frame Rudraksh in the murder case of Sania while Preesha takes the blame.

Meanwhile, Armaan's plan goes against him as Preesha takes the blame and he tries to prove Rudraksh as the murderer.

On the other side, Preesha confesses her crime at the police station calling more trouble for them.

Later, Rudraksh asks Preesha about the crime and she reveals that she did it to save him.

Preesha and Rudraksh learn the truth

Rudraksh gets shocked learning the truth and he tells Preesha about Armaan.

Rudraksh reveals that Armaan wants to separate them and Preesha believes him.

In the upcoming episode, Preesha and Rudraksh decide to fight against Armaan and expose him.