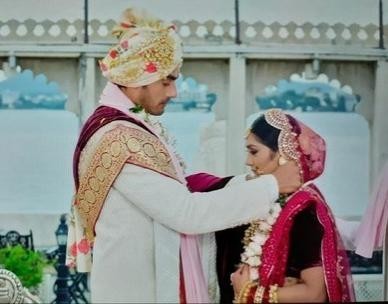 It is seen that Devraj had proposed Krisha for marriage and after much thought, she agrees to marry him.

This leaves her family happy while they visit a temple to pay their prayers.

Shockingly, the lady shooter follows Devraj there and shoots a bullet at him.

He gets injured with a bullet in his hand but fortunately, his life is saved.

This leaves Krisha and her family worried for his safety.

Devraj a victim of the bomb blast

Further ahead, Krisha plots a plan to safely send Devraj to Ambikapur.

However, the woman shooter plants a bomb in Devraj's car to kill him.

Unaware of the threat, Devraj gets into the car to leave as planned by Krisha.

Now it will be highly interesting to see how will Devraj be saved from the bomb blast.

Keep tuned to uncover the mysterious face behind the attacker.