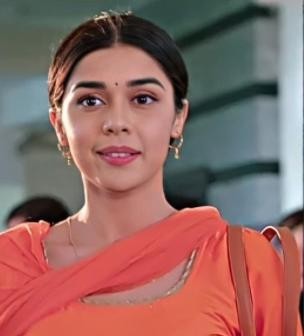 Colors tv latest show Sirf Tum is gearing up for some interesting twist in the life of Suhani.

Sirf Tum revolves around the story of Suhani a kind-hearted girl, Suhani dreams to be a doctor.

The destiny unites Suhani with Ranveer, who is a strong-minded man.

As per the current track, Suhani leaves home with her mother to get the admission form from college.

At the college, she comes across Ranveer where her admission form gets torn but Ranveer brings two more forms for her.

On the other side, their phones get exchanged during the incident.

Suhani's father finds Suhani and her mother at the medical college and confronts them after reaching home.

At first he refuses to let Suhani study out with boys but later he gets convinced by Sudha's words and he changes his decision.

Suhani's father gives her permission to study at the medical college but also places some restrictions on her.