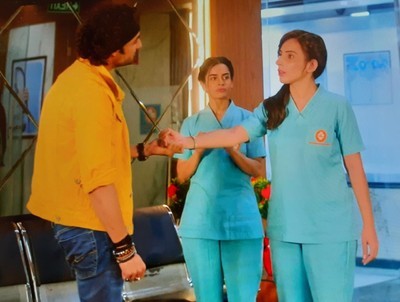 It is seen that Niyati manages to get Abhimanyu admitted to the hospital but he creates havoc attacking others.

Abhimanyu attacks Niyati that leaves her family worried and they warn her to stay away from Abhimanyu.

Niyati tries to reason out with them but Dr.Anand too intervenes and Niyati is forced to quit the case.

Meanwhile, Abhimanyu's mother notices Niyati's parents and is left in a state of shock.

Further, she recalls the past and decides to take Abhimanyu away from Niyati.

Abhimanyu escape from the hospital

Amid this, Abhimanyu finds a chance and escapes his ward.

He dresses up as a ward boy and tries to escape the hospital when he comes across Niyati.

Niyati is bound by her promise to her family but also not able to ignore Abhimanyu.

Will Niyati manage to stop Abhimanyu from running away?

What is the dark past that their families are worried about?

Stay tuned to serialgossip.com for further news and updates coming up on the show.