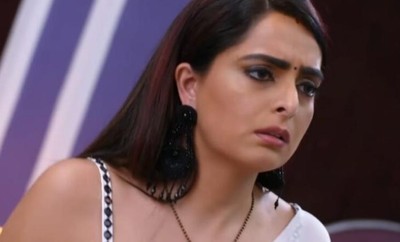 Rishabh tells Sherlyn that he noticed a sudden change in Sherlyn's behavior and is happy to see her concern for him.

On the other side, Sherlyn asks her Lawyer to get Prithvi out of the jail anyhow.

Sherlyn allows him to do anything to get Prithvi out of the jail.

Sherlyn finds Rishabh there and she tells Rahul that Prithvi shoul not get out of the jail no matter what.

Rishabh tells her that he heard everything while he sheds crocodile tears.

Rishabh doubts Sherlyn and plans to catch her red-handed.

In the upcoming episode, Rishabh will tell Sherlyn that he knows that she is having an affair with Prithvi and asks her that who was the father of her child.

Will Sherlyn reveal the truth?