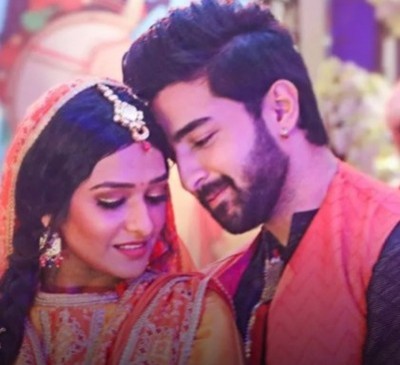 Zee TV's popular and most liked show Bhagyalaxmi is up with an exciting twist as Malishka and Viraj's marriage is fixed.

Lately, there has been much drama between Malishka and Rishi as Rishi cares for Laxmi and gives her priority.

However, now Malishka tries to instigate Rishi and make him jealous by getting closer to Viraj.

She dances and gets close to Viraj to make Rishi angry and win him back.

However, Rishi gets irked, and to answer back Malishka, he gets closer to Laxmi.

He holds Laxmi by the waist and dances with her showing his romantic side.

Soon, he forgets about Malishka, and gets lost dancing with Laxmi on the romantic music.

However, Malishka's drama backfires as Viraj's grandfather notices her closeness with Viraj.

Further, he assumes them to be a couple and thus declares Viraj and Malishka's Roka.

Shocked by the announcement, Malishka bursts out at Viraj.

Now let us wait and watch what will happen further on the show.

Bhagyalaxmi: Big Twist Ahead! Laxmi walk away from Rishi's life