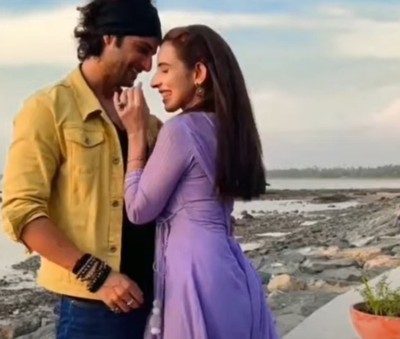 Zee TV's interesting show Agar Tum Na Hote is up with high voltage drama and twists as the truth is out.

It is known that Abhimanyu is deeply in love with Niyati and she too feels a connection with him.

However, due to family pressure, Niyati agrees to marry Anand.

But destiny has something else planned for Abhimanyu and Niyati.

Due to circumstances, Niyati's father reveals the shocking truth to Anand that Abhimanyu and Niyati are husband and wife.

Dr.Anand is stunned to hear that the families had got Abhimanyu and Niyati married when they were little kids.

Due to some problems, both the families got separated and could not find each other over the years.

Anand decides to reveal the truth to Niyati

However, when Niyati's father got to know of Abhimanyu's mental condition, he decides to forget the past and marry Niyati to Anand.

This is a huge shocker for Anand and he decides to reveal everything to Niyati.

Niyati's parents plead him to keep it a secret from Niyati.

Now let us  wait and watch if destiny will unite Abhimanyu and Niyati or not.

Stay tuned to see how the story will shape up further.