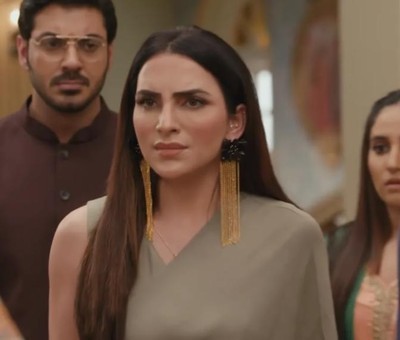 Choti Sardarni: Harleen plots to separate Karan from the family

It was earlier seen that Rajveer finally confesses his love to Seher.

He decided to find other way to separate from Seher as she will never hate him.

Meanwhile, Harleen has returned and and she wants to throw Karan out from the family.

On the other side, Rajveer tries to practice walking around with a stick without seeing and he falls.

Param and Karan hug and solve the differences

In the upcoming track, Seher asks Param and Karan that they will stay together like a family.

Karan says he has no problem from his side and Param agrees with him.

Param and Karan hug each other while Harleen decides to stop the drama.

Later, Harleen plots to throw Karan out from the family.

What will Hareleen do now?