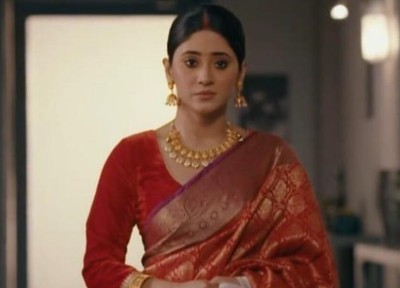 Balika Vadhu 2: Anandi frees herself from marriage with Jigar

Colors' tv popular show Balika Vadhu 2 is about to showcase some major drama ahead.

In the upcoming episode, we will see Anandi take a major step to break the unwanted child marriage.

It was earlier seen that Anandi reads the letter written by Ratan which shattered her.

Anandi decides to meet Jigar at the police station but surprisingly he had pre-planned against Anandi to trap her in a false case of hurting him.

Jigar shows only the part where he was attacked by Anandi and Anand and Balmes Anandi for an extramarital affair.

Anandi gets arrested by the police on basis of the footage provided by Jigar.

In the upcoming episode, Anand reaches the police station and Anandi breaks her relationship with Jigar.

Anandi removes her sindoor from her hairline and says that she is no more his wife which eaves Jigar stunned.

Will Anandi start a new life and live her dreams?

Balika Vadhu 2: Anand’s last attempt to save Anandi I...