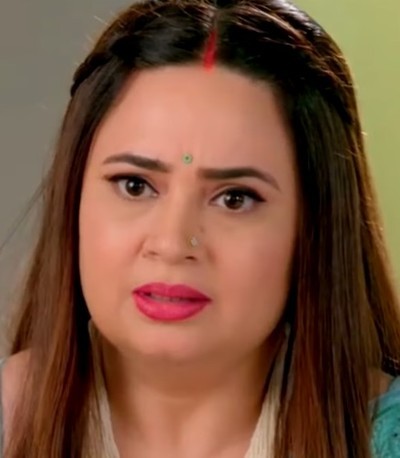 Colors' tv popular show Sirf Tum is about to showcase some shocking twists in the upcoming track of the show.

It seems that Mamta has turned against Suhani and Ranveer's marriage decision and wants Ranveer to step back.

Mamta asks Ranveer to change his decision of marrying Suhani as she is a divorcee now.

Ranveer tries to convince her mother while Mamta refuses to listen.

Mamta stays adamant about her decision and also speaks to Suhani about the same.

Riya to take advantage of the situation

Suhani speaks to Ranveer about it and tells him that they will have to convince Mamta to marry first.

On the other side, Riya will take advantage of the situation to get married to Ranveer.

As we know, Riya has openly challenged Suhani to marry Ranveer while Suhani accepts it.

It will be interesting to see if Ranveer and Suhani will manage to convince Mamta?

Sirf Tum: Plot Twist! Mamta denies to accpet Suhani as her b...

Sirf Tum: Vikrant to put forth a condition to Ranveer to marry Riya

Sirf Tum: Vikrant to put forth a condition to Ranveer to mar...

Sirf Tum: Suhani kidnapped! Ranveer runs to save his love

Sirf Tum: Ranveer locks Ansh with a snake in the hotel room

Sirf Tum: Ranveer locks Ansh with a snake in the hotel room ...