Kundali Bhagya: Preeta, Sameer, and Shristi devise a plan to get Karan out (Latest Spoilers Alert) 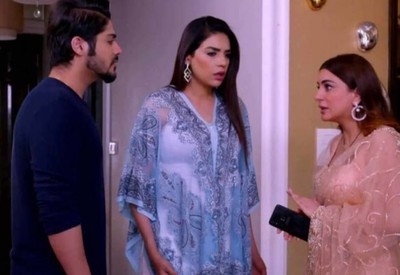 As seen so far, Sameer beats up Prithvi after learning the truth and also feels guilty for blaming Preeta.

Prithvi tries to act smart and he gets angry at Preeta as Sameer beats him.

Prithvi then tells that it was Preeta's plan to trap him and make him the culprit.

Further, Prithvi also speaks ill about Mahesh which leaves Preeta angry and she slaps him.

Now in the upcoming track, Prithvi tells Sherlyn that Preeta knows it is him who's behind everything as she saw him.

On the other side, Preeta, Shristi, and Sameer devise a plan to get Karan out of jail and lay a trap for Sandesh to catch him red-handed.

Will Preeta's plans work? What will happen next?