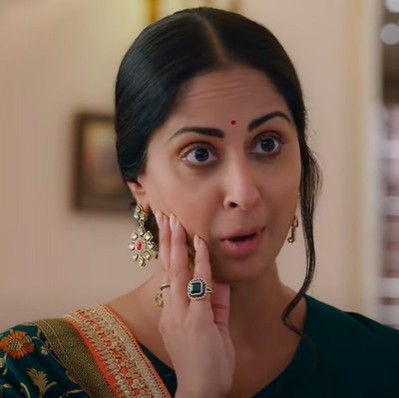 As seen so far, Mickey asks Ginni to finish her school project for which she needed Swaran's help.

When Ambar burns herself by touching the piping hot oil, Swaran helps her by applying a homemade cream on her bruises.

They like the special cream and ask Swaran about it.

Niyamat likes the idea and calls her a magician and asks her to make a business out of it.

Swaran says it has natural products, and she used to do this cream business some years back with Kanwal.

She reveals that the company was running well, we had to sell it, as her sons didn’t want to run it, they were asking for money, the cream name was Satyasona.

Ginni says this cream is my project now and they decide to get a response from people.

Now in the upcoming track, Swaran acts a monologue about the cream.

Ajit joins her at the end to complete the sentence and names the cream Swaran Nikhar.