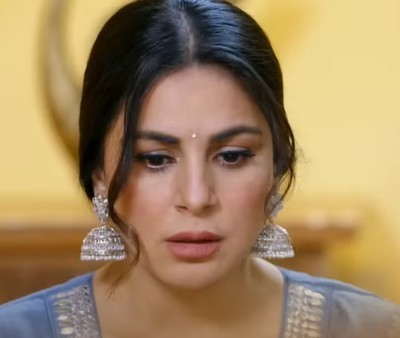 As seen so far, Sameer gets disguised as a Punjabi businessman and meets Sandesh.

Sandesh refuses to have implicated Karan in the match-fixing chargers.

They try to lure Sandesh with a bag full of money but he keeps pretending that he did not do it.

When Sristi pretends that she does not trust Sandesh's skills he out of arrogance confesses the truth at Prithvi's behest.

Preeta gets shocked and she decides to use the recording to help Karan.

Now in the upcoming track, Sherlyn asks Natasha to leave and kicks her out.

Natasha takes the money given by Sherlyn and steps out of the house.

Meanwhile, she overhears Preeta telling Srishti and Sameer that they will soon prove Prithvi has implicated false charges on Karan as they have evidence.

OMG! Will Natasha reveal the plan to Prithvi?