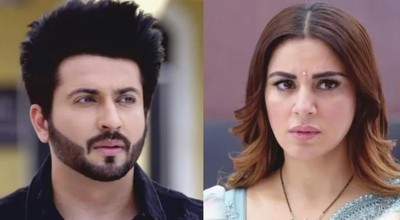 As seen so far, Sristi and Sameer wonder how to get Sandesh's confession.

Further, Preeta tells them to reach the court before Prithvi does because he knows that they are aware of his truth.

She further reveals that Sandesh first went to Bodhi hotel and they should check the CCTV footage and assure that Prithvi is behind the plan.

The next morning, as Karan steps out for the court, his lawyer tells him that he will be shocked to hear who is behind his arrest.

Sherlyn waits for Natasha and Prithvi

On the other side, Preeta sits with the hotel manager and gets the footage of Karan's lookalike who visited the hotel.

On the other hand, Sherlyn gets worried as she cannot see Natasha and Prithvi around.