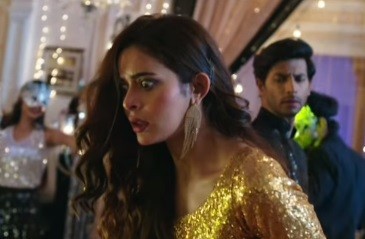 As seen so far, Sejal loses Farid in the bomb blast and she seems devastated and vows to get revenge against Yohan for his crimes.

Sejal then intends to capture Yohan at his residence and punish him.

Sejal gets dressed up in party wear and covers her face with a mask so that no one recognizes her.

She further performs at the party and she decides to shoot Yohan in the middle of the party but she fails.

Just then Shail takes Yohan to his bachelor's party where they plan to get him drunk and cancel his wedding.

Now in the upcoming track, the Nanda family is concerned about Yohan when he goes missing from the party.

Soon, Sejal is seen holding Yohan at gunpoint while he remains unconscious.

How will Sejal execute her plan? Will Sejal kill Yohan?

Spy Bahu: Drishti's husband Abhishek is the real villain, no...