GHKKPM: TRAPPER! Sayi to get bashed by Bhavani and Machinder (Latest Spoilers Alert) 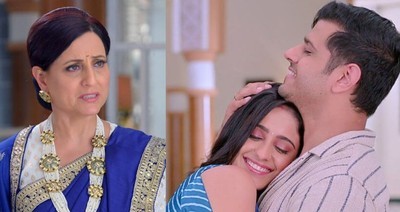 As seen so far, Sayi faces a lot of troubles as Machinder keeps creating problems for her.

Sayi's boss turns out to be rude asking her to carry forward difficult cases at the beginning of her internship.

Meanwhile, at Chavan Nivas, the guests taunt Bhavani and leave the place in anger.

Sayi further rushes back to the house and does not support Virat in his life.

This time Sayi finally speaks the truth saying that she was busy at the hospital as her internship has begun.

This leaves Bhavani and others shocked.