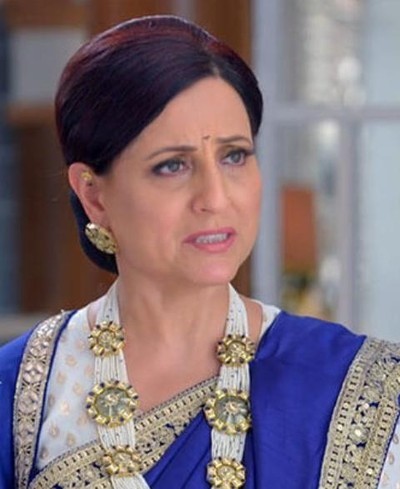 As seen so far, Bhavani had asked Sayi to leave her career to become their daughter-in-law and take up the house responsibilities after her.

Further, Bhavani is happy that Sayi has dropped her dreams of becoming a doctor to be their bahu and is treating her like the best bahu in the house.

Meanwhile, Patralekha is unhappy seeing Bhavani giving the best treatment to Sayi and is waiting for the opportunity to expose Sayi.

Now that Sayi will reveal the big truth to Bhavani, Virat will support Sayi.

This will anger Bhavani and she will give Virat a tight slap.

Meanwhile, Kaku will again start calling Sayi 'Junglee Mugli' while Patralekha will be happy seeing Sayi getting bashed by Kaku.