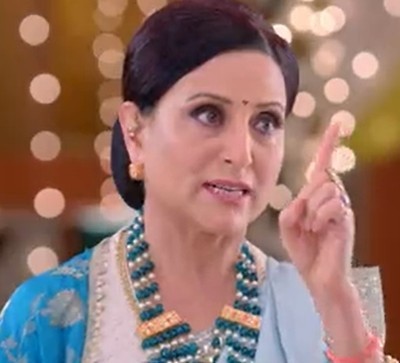 Virat tells Bhavani that she blackmailed Sayi by putting forth a condition for Sayi on the wedding day.

Bhavani gets furious as Virat accuses her of blackmail.

Sayi expresses her pain to Bhavani saying that she wants to fulfill her father's dream to which Bhavani says that her father is no more and she should fulfill the duties of her husband and her family.

Bhavani stays adamant saying that if she wants to be the bahu of the house then she will have to follow the rules of the house.

Bhavani lashes at Virat for siding his wife

Sayi breaks down while Virat takes a stand for her against Bhavani.

Will Bhavani be able to change her decisions? What will happen next?