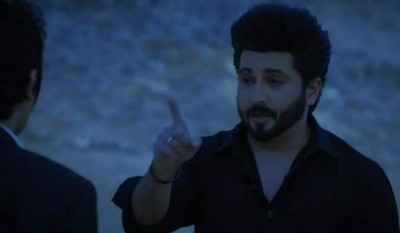 It was seen that Preeta Preeta manages to expose Natasha by unveiling her and Roxy's wedding photos.

However, Natasha asks Preeta if Karan will believe her or not.

Natasha asserts that Karan will never believe her and adds that she will manipulate Karan against her.

As per the latest track, Natasha pushes Karan down the bridge.

Karan slips down the bridge and manages to grab a pole and shouts Rishabh's name.

Meanwhile, Rishabh and Preeta spot Karan hanging down the bridge and get shocked.

As they scream his name they see his hand slip while falling down the bridge.

Karan witnesses a shocking visual before his death thinking that Preeta and Rishabh betrayed him.

Preeta in shock goes to jump into the dam while Rishabh manages to stop her asking for help.

Will Karan misunderstand Rishabh and Preeta? What will happen next?