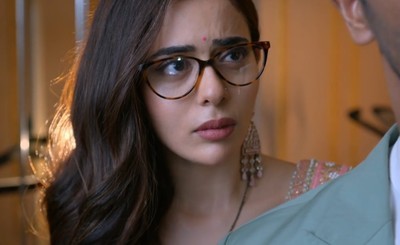 Colors tv popular show Spy Bahu is all set to grab the viewer's attention with its spicy and dramatic storyline in the upcoming episodes.

As seen so far, Sejal makes her way toward Drishti but she is seen by a terrorist who points a gun at them. Thankfully, Yohan arrives in the nick of time to save Sejal and attempts to escape with her.

Later as chaos ensues when the police break into the hotel as the terrorists hold Yohan and Sejal at gunpoint, threatening to kill them.

While Yohan attempts to negotiate with the terrorist guy, Sejal suspects him to be the mastermind.

However, Yohan gets shot at point-blank by Sejal's Farid Bhai while trying to save Sejal from immediate danger.

Sejal falls in love with Yohan

When Yohan sustains a critical injury, Sejal rushes him to the hospital.

As per the latest spoiler of the show, Sejal will reveal her true identity to Yohan falling in love with him.

Will this incident bring Yohan and Sejal close together?

Spy Bahu: Magical kiss coming up between Yohan and Sejal