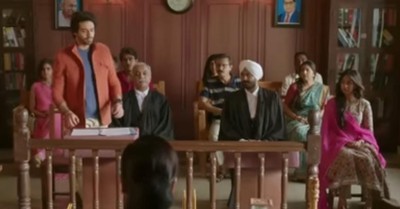 As per the ongoing track, Soumya and Armaan are face-to-face in the court of law.

Here, Armaan is shocked to see Goldie as Soumya's lawyer supporting her.

Further, Armaan tries his best to prove Soumya a careless mother and liar.

Moreover, Armaann also shows all the drama as Soumya's plan to get huge alimony.

However, here he goes wrong as Soumya clearly demands only her babies and denies any money from Armaan.

Soumya's this statement makes the judge realize that Soumya is not money hungry.

Thus, the decision of the court goes in Soumya's favor and she gets the custody of her babies.

Now, this is a big blow for Armaan and he is left angered by the defeat.

Further, let us wait and watch what new twists come up further on the show.

Keep tuned to serialgossip.com to get more news and updates on the show.