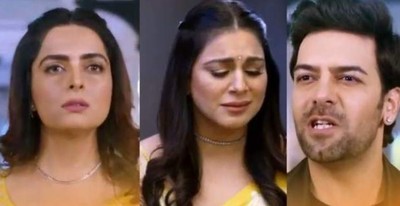 In the upcoming wedding drama of the show, Sherlyn will make an attempt to replace Preeta in the mandap as Rishabh's wife.

The Luthra family has shipped Preeta and Rishabh together after the sudden demise of Karan.

Preeta is finally giving in to the family's request of marrying Rishabh for the child's sake.

As she reaches Sherlyn's ears she makes a plan with Prithi to create hassle in Preeta's life.

Now as per the latest spoiler, Sherlyn will dress up as Preeta to replace her in the mandap and remarry Rishabh to get the lavish life once again.

Meanwhile, Prithvi will get his revenge on how Karan had replaced him in the past when he was about to marry Preeta.