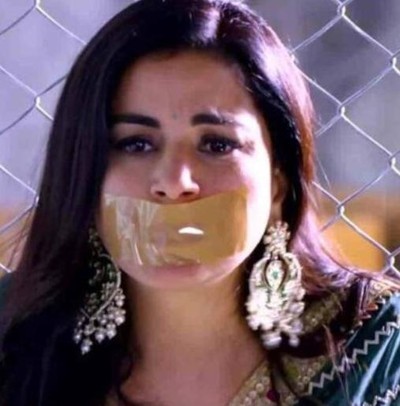 As seen so far, Prithvi visits the Luthras to tell everyone that Preeta is pregnant with his child.

Rishabh slaps him and asks the security guards to throw him out.

Mahesh requests Rishabh to marry Preeta and he agrees.

Rishabh walks up to Preeta and tells them that he is not intending to marry her to be her life partner.

Rishabh explains that his motive is to look after her and her unborn child for the sake of his deceased brother, Karan.

Sherlyn sits beside Rishabh to marry him

Now in the upcoming track, Prithvi recalls the day when Karan had replaced him as groom to marry Preeta.

Prithvi decides to replace Preeta on her wedding day with Rishabh and Sherlyn joins him.

Prithvi will execute their plan and will kidnap Preeta and Sherlyn sits beside Rishabh to marry him.

Will Prithvi and Sherlyn get exposed?