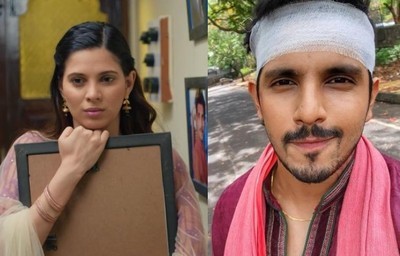 As per the ongoing track of Star Plus popular serial Pandya Store we will get to see that Gautam and Krish declares that Shiva is no more.

Krish gives the bracelet of Shiva to Raavi and declares that they have lost him.

The entire cries and mourns for Shiva's death and accidental demise.

Where Raavi refuses to believe that Shiva is no more.

Raavi loves her Shiva a lot and knows that he is still alive and keeps faith on his return.

While Dhara cries for the last rites of Shiva and the pot if kept with Shiva's ashes.

Raavi says to throw away the pot as Shiva is alive she knows it well when on the other side of the lake Shiva is seen fallen lifeless.

Will Shiva get quick treatment and recover to return back to his Raavi?

In the meanwhile Kanwar Dhillon shared the picture of his recovery where he is seen with a bandage on his forehead.