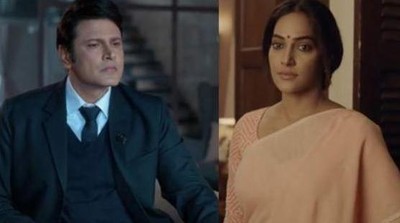 Sony TV new serial Apnapan is showcasing interesting twist and turn from the first episode itself where we see Pallavi is the single mother managing her three grown up children.

Among the three her daughter Barkha who has turned much arrogant and feels that her mother keeps on stalking her and wants freedom from her.

Barkha choose the freedom way as marriage where she invites her father Nikhil whom she vaguely remembers.

Pallavi and Nikhil restless to see their daughter

Nikhil on learning that her daughter Barkha is getting married to Ishaan decides to return back to India and attend the wedding of his daughter.

In the interim Barkha eats Mango and she is allergic to the same and falls on the road when Nikhil comes as her saviour.

Both Pallavi Nikhil comes running for their daughter.

Let's see how the face off of Pallavi Nikhil after many years is going to be.