Apnapan: Barkha wants to marry Ishaan at the age of 19 (Upcoming Twist) 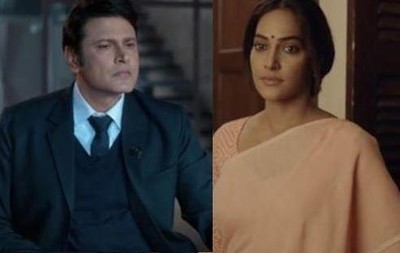 Apnapan Badalte Rishton Ka: Barkha wants to marry Ishaan at the age of 19

The upcoming episode of Sony TV new serial Apnapan will showcase high voltage drama in the first episode itself.

It seems Barkha is dating a boy named Ishaan who is not all trustworthy.

Pallavi (Rajashree Thakur) learns about the affair drama of Barkha and Ishaan where she confronts her in front of all.

Barkha is not ready to listen to Pallavi's words and show respect for her mother.

Barkha takes a stern decision to marry Ishaan and win her freedom from Pallavi's jail.

Pallavi says that she is safe at home with her mother while Barkha rebel and decides to marry Ishaan to fulfil her dream.

Will Pallavi be able to stop this madness of Barkha's so called love towards Ishaan?