Kundali Bhagya: Karan is back as Arjun will Rishabh recognize him? (Latest Spoilers Alert) 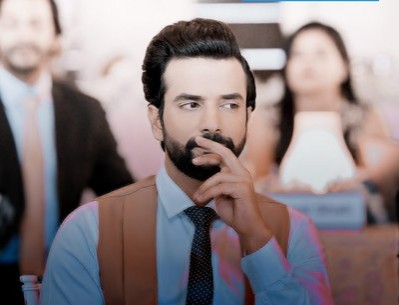 Rakhi tells Preeta that she wants Rishabh to reach home at any cost while Preeta wonders whether Rishabh will take her call or not as he has to crack an important deal.

Meanwhile, Sameer tells everyone that Rishabh has gone to crack a big deal and that he has been invited by a notable personality.

Preeta, Rakhi, and other members are sure that Rishabh will crack the deal because his business sense is good.

On the other hand, Rishabh is seen bidding at an auction for a heritage palace that he wishes to transform into a hotel.

Meanwhile, as Rishabh is about to win the auction, Arjun’s manager arrives and makes a higher bid.

Arjun warns his manager that he should not lose the auction or else he will lose his job.

Arjun then quotes Rs 450 Cr and defeats Rishabh in the auction leaving the latter shocked.

OMG! Will Rishabh recognize his brother? What will happen next? Is Karan back to take revenge on Preeta and Rishabh?