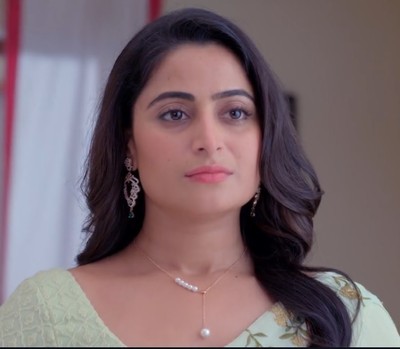 GHKKPM: Sayi refuses Pakhi to be their surrogate

Star Plus's popular show Ghum Hai Kisi Ke Pyar Mein is all set to grab the viewer's attention with its spicy and dramatic storyline in the upcoming episodes.

As seen so far, Pakhi wants to return to Virat's life in some way or other.

On the other side, Sayi is dealing with a problem that she cannot conceive.

Sayi and Virat have decided to opt for surrogacy to become parents.

Meanwhile, Pakhi manipulated Bhavani by convincing her that she can be the best option they are looking for surrogacy.

Now in the upcoming track, Bhavani calls all in the family for a talk.

Bhavani in the presence of Sayi and Virat, Bhavani will tell all that she has chosen the lady to be the surrogate for Virat and Sayi's child.

She will name her to be Pakhi which will shock Virat and Sayi.

Sayi will immediately refuse the idea of Pakhi being the surrogate mother and Virat will also agree with her.

What will happen next? Will Pakhi manipulate Virat?

GHKKPM: No Surrogacy but Remarriage for Pakhi next twist

GHKKPM: Bhavani and Sayi suspicious of Pakhi's intentions to be a surrogate

GHKKPM: Bhavani and Sayi suspicious of Pakhi's intentions to...