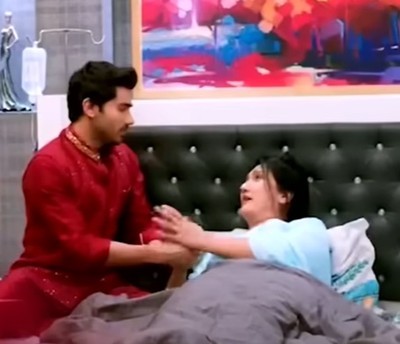 Colors tv popular show Parineeti is all set to grab the viewer's attention with its spicy and dramatic storyline in the upcoming episodes.

As seen so far, after the recent incidents and reconsidering Parineet's love for him, Rajeev decides to embrace Parineet as his rightful wife.

Soon, Rajeev calls Neeti and tells her that he can't get married to her because he is already married.

However, Neeti fails to hear anything because of a bad network, and Rajeev decides to leave a note for her.

However, Neeti's mother reads the note and gets stressed about her daughter's life.

On the other side, Neeti gets excited about her wedding to Rajeev.

Unfortunately, her mother meets with a tragic accident and gets shot while saving Neeti.

Now in the upcoming track, Neeti's mother pleads Rajeev to marry her daughter to which helplessly Rajeev agrees.