Anupama: Kinjal in wheelchair Vanraj cautions Kapadia's to stay out of his family (Latest Spoilers Alert) 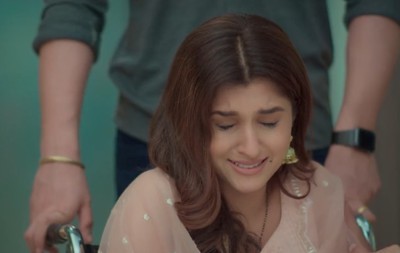 Anuj and Anupama's life seems to work well but this only turns out to be a silence before the storm.

A new storm awaits as Kinjal will fall on her belly after Barkha's accidental push.

Kinjal suffers the pain leaving everyone shocked knowing the consequences of it.

Kinjal is immediately rushed to the hospital and here Vanraj gets restless.

Soon he learns that Kinjal has been taken to the hospital and he reaches Kapadia mansion.

Kinjal returns home in a wheelchair

Vanraj lashes out at Barkha for her carelessness and warns Kapadia's to stay away from his family.

Meanwhile, Anupama, Kinjal, Samar, and Anuj return from the clinic, and Kinjal is seen in a wheelchair.

OMG! Did Kinjal suffer a miscarriage? What will happen next?